info@oschamber.com519-376-6261
FacebookInstagram
Our Board of Directors
Our Board of Directors is the governing body between annual or special meetings of our membership. It is mandated to conduct the business of the Chamber of Commerce Owen Sound and District and to oversee our financial transactions. 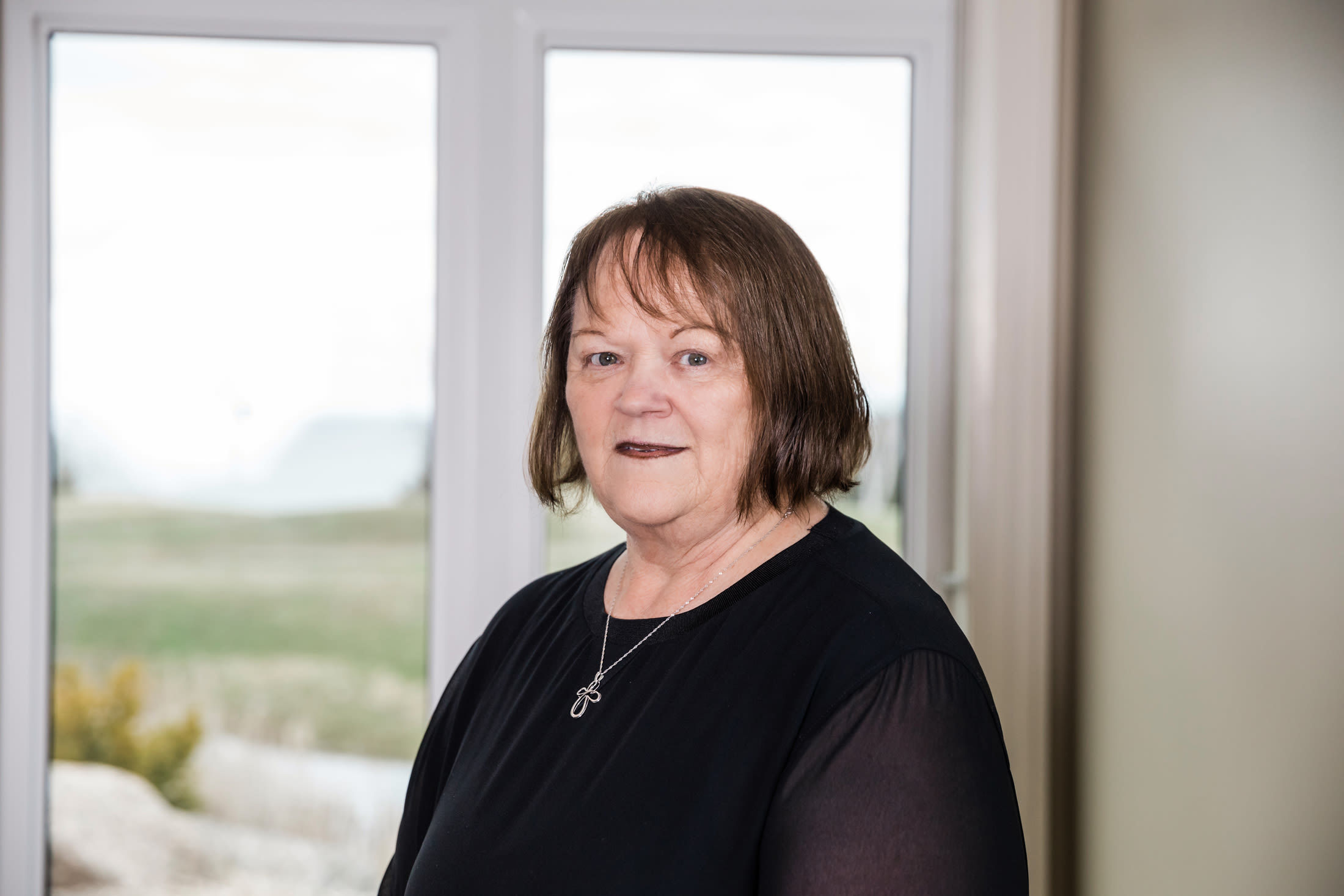 Marg was born in Mount Forest. Graduated nursing in 1971 and nursed for 27 years. Took a Simply accounting course 1998. Current Co-owner and managing partner of Benedict Electrical, independent business, inception 1998.
Marg has an active background in leadership in various executive organizations. Her greatest joy is being with her family & in the summer time golfing but in winter snowmobiling. Her son also would say networking is the top of Marg`s list. 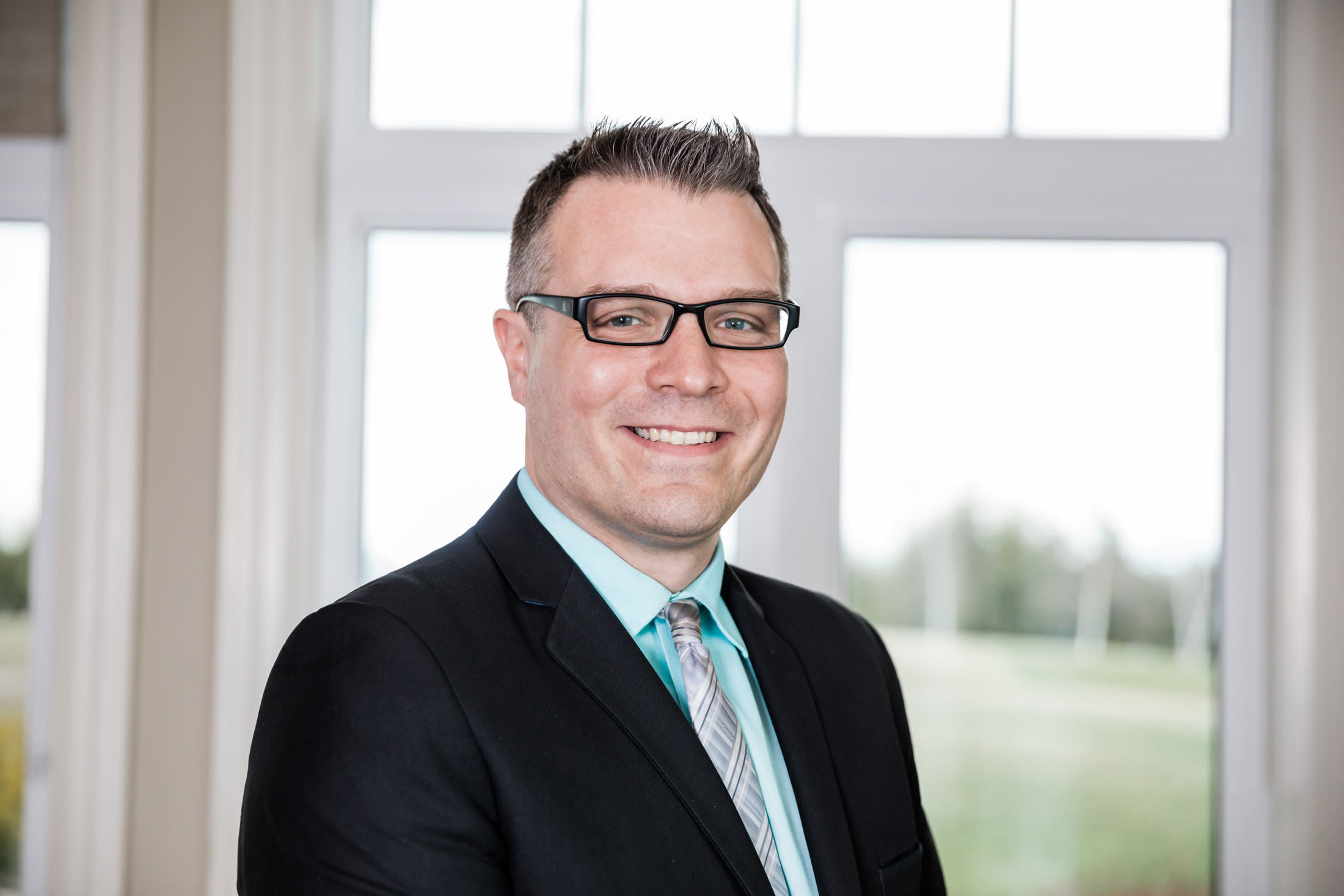 Born and raised in Bruce County, I am fortunate enough to have remained living in my home town of Tara with my wife and two daughters. My diploma in business and many of the human resource courses I took were with Georgian College – Owen Sound Campus so Grey and Bruce County is definitely home to me. Immediately after finishing college, I started working at Best Western Inn on the Bay in Owen Sound as an accountant while assisting the General Manager with Human Resource duties. Remaining with this organization has paid off as I currently fill the role of General Manager. I obtained my CHRL (human resources) in 2009 and continued in hospitality gaining my CHA designation in 2014. My love for working with people has kept me in this industry where there is never a dull moment. I attribute the success of the Best Western Inn on the Bay to the employees and I know it was my human resources background that helped me to build this team. I can often be found working alongside the staff members somewhere inside the hotel. I love where I live and I enjoy what I do for a living. One could not ask for much more. 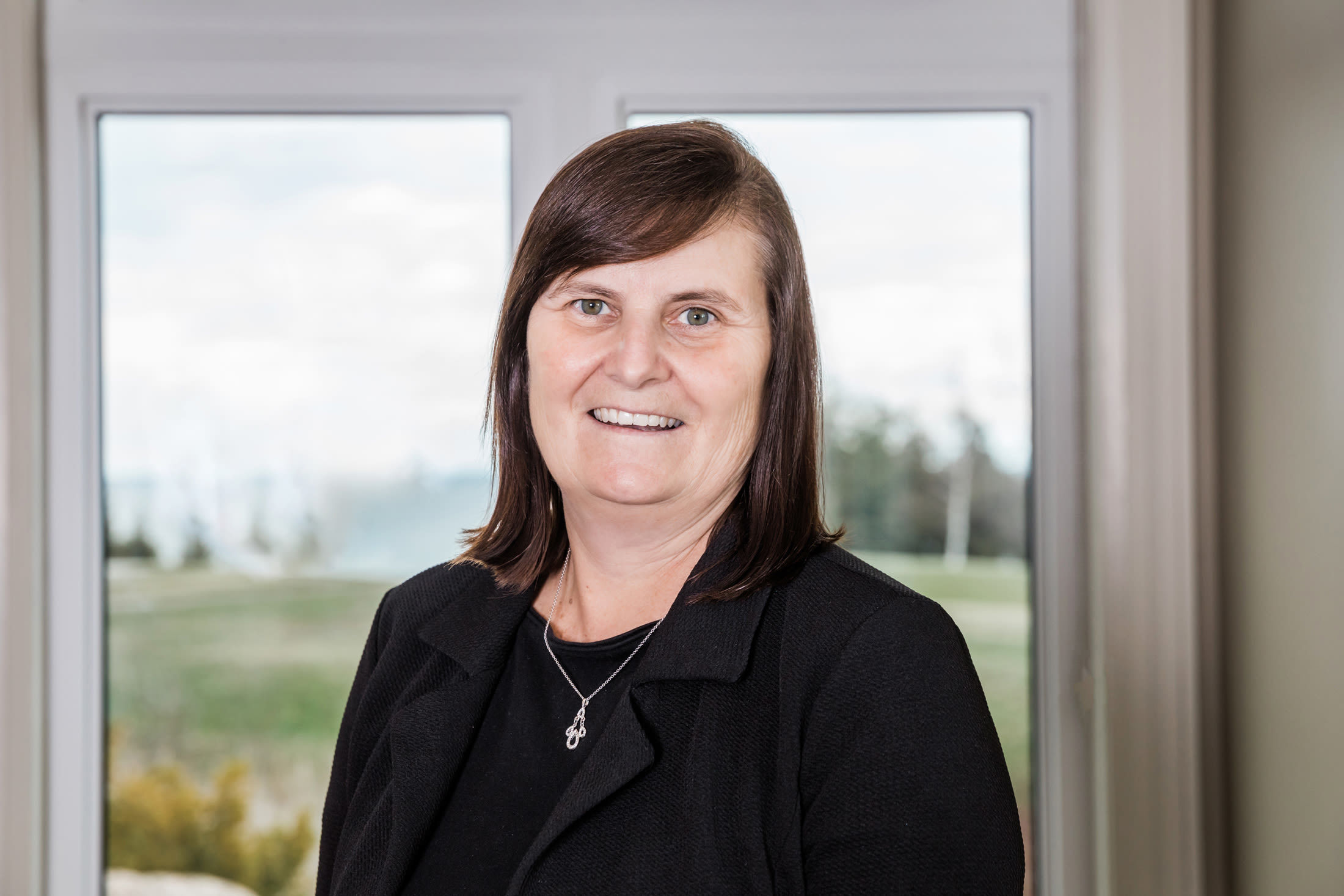 My name is Rhonda White, I am the manager at Scotiabank in Owen Sound, I have worked in many different roles with the bank over the last 35 years.
I was born and raised in Owen Sound, my family and myself have been very involved in the community over our time, serving on committees as Owen Sound Minor Hockey, Minor Softball programs, and now I am happy to be involved with the Owen Sound Chamber. 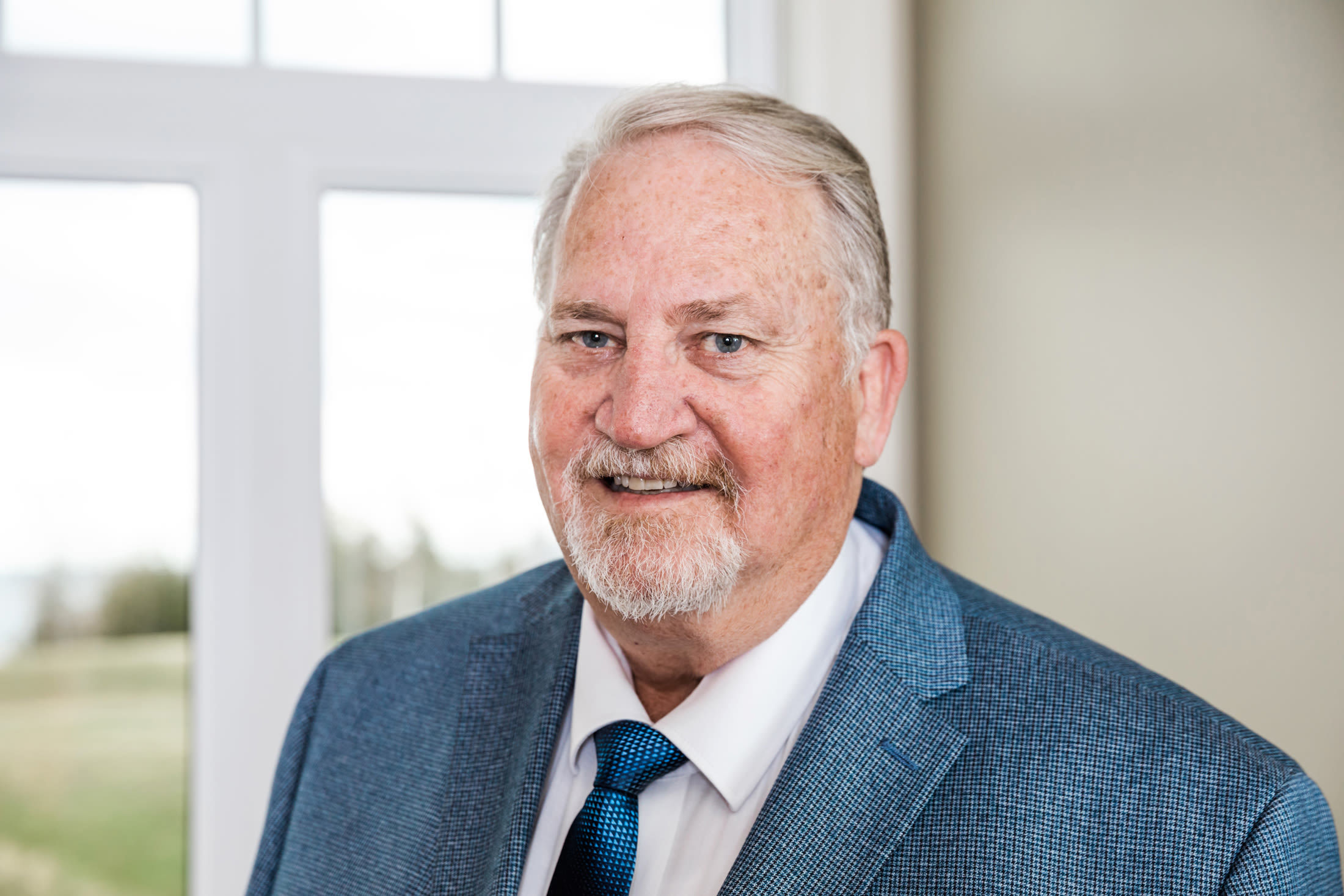 Syd studied Business Administration at Conestoga College Kitchener. He has been in the retail business for over forty years and was a small business owner for over a decade. Syd brought his wife Diane and his young family to the Scenic City 32 years ago in an senior executive position with a major Food Service Distributor. They have called Owen Sound home ever since. Syd’s career has come full circle and he is currently the General Manager of Staples. Staples and Syd have been strong supporters of the Chamber and are the proud sponsor of the SOHO Award at the Chambers annual Business Excellence Awards. In his rare spare time Syd and Diane love to ATV with their friends, exploring our beautiful area or spending quality time with his growing family. He is a proud grandpa of Connor, Coen, Parker and Presley. 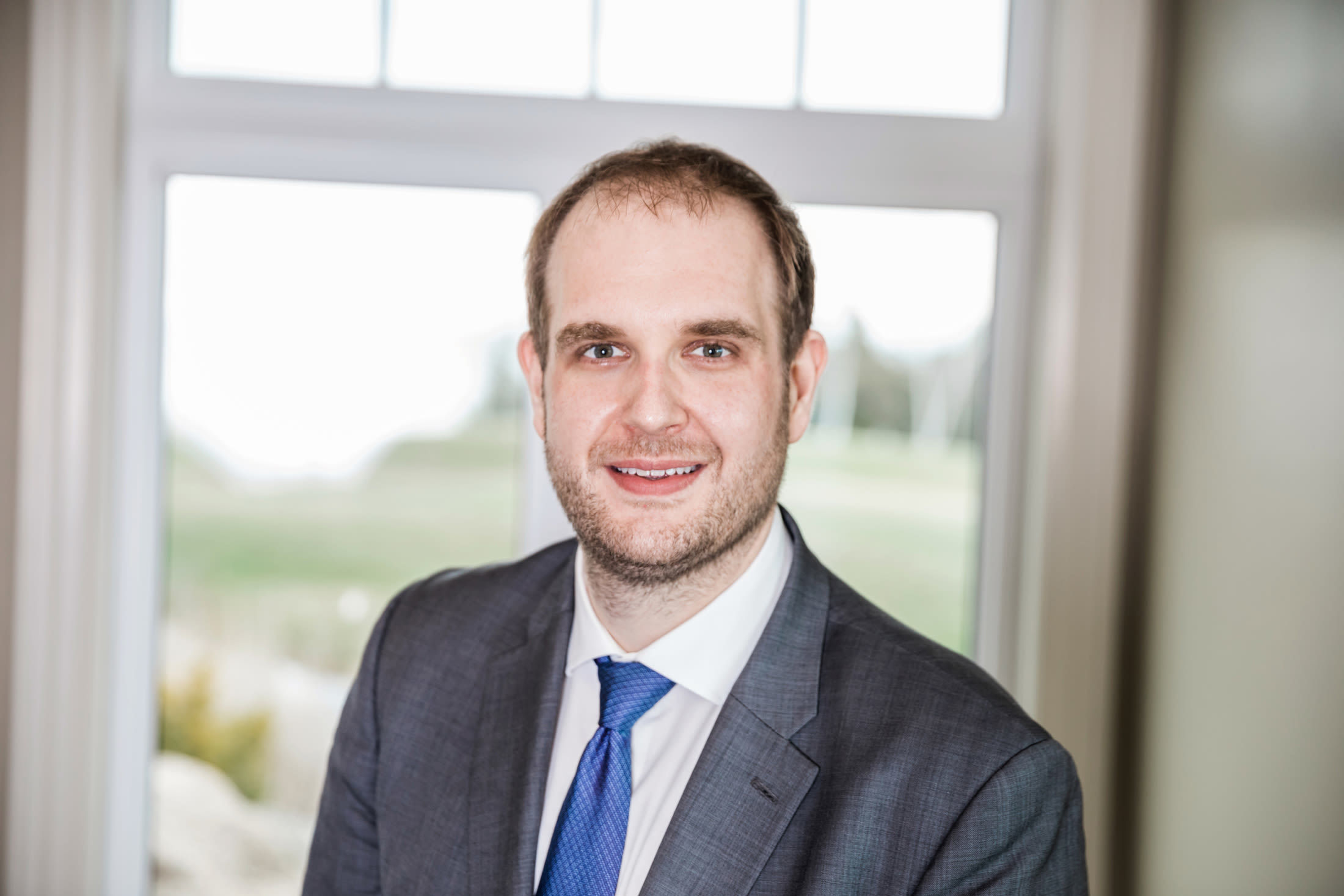 Nick articled with Middlebro’ & Stevens LLP and returned to the Firm after his call to the bar in 2015. Nick practices in the areas of labour and employment, municipal law, general litigation, wills and estates, corporate law, and real estate. Nick is also a Provincial Offences Prosecutor in several municipalities in Grey-Bruce, various ministries, and other government agencies.

Nick is the President of the Grey County Law Association and the current Board Chair at the United Way of Bruce Grey where he has been a Director since 2014. When not working he enjoys playing bass guitar, reading, hiking the Bruce Trail, and spending time with his family. 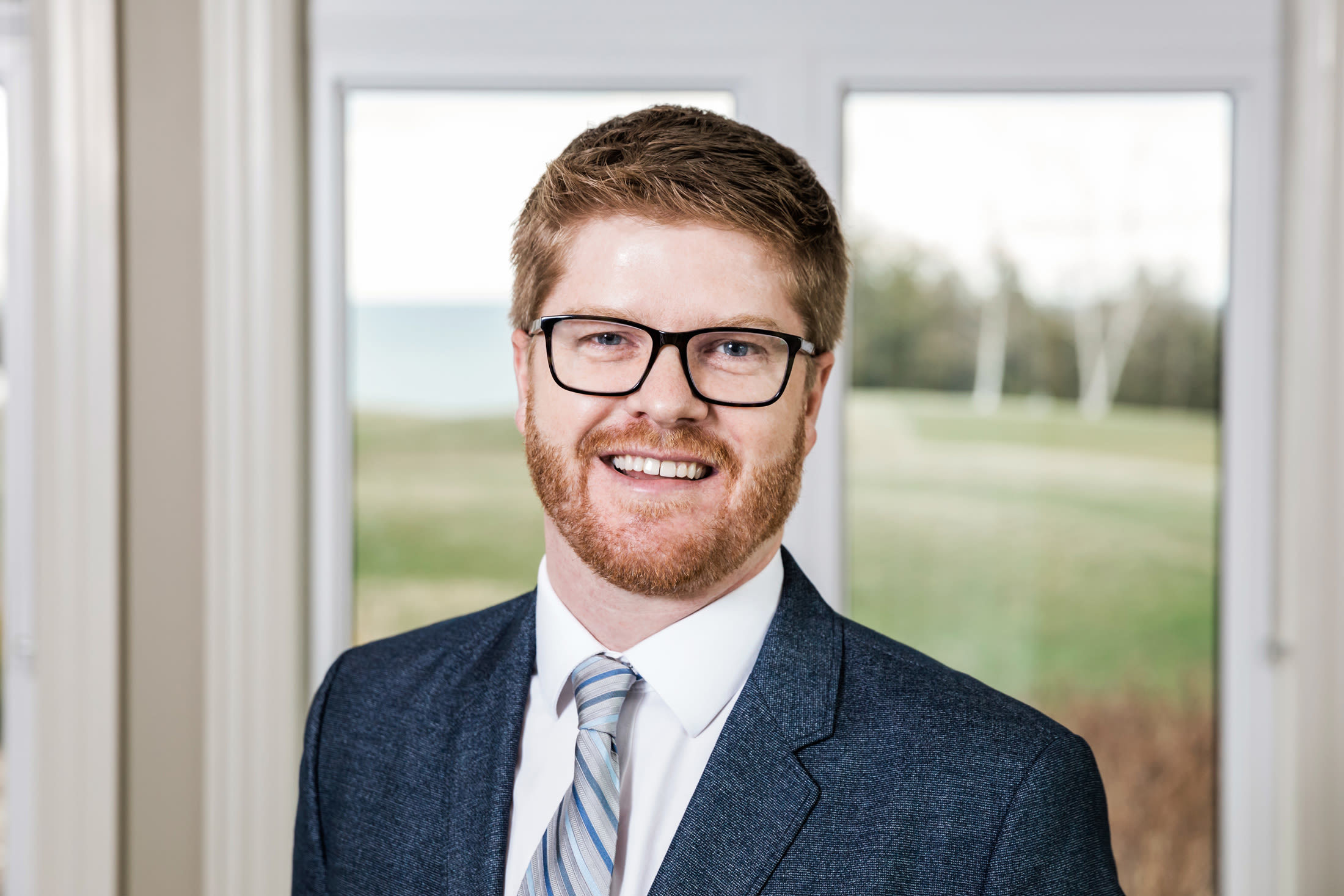 Nate is a Tax Manager in BDO’s Owen Sound and Wiarton offices. As part of the firm’s Canadian Tax Services group, Nate specializes in providing tax consulting and compliance services to a diverse client base including incorporated and unincorporated businesses, individuals, trusts, and estates. With nearly 15 years of professional experience, he enjoys helping clients to understand the Canadian taxation system as it applies to them and working to identify opportunities and implement strategies to manage tax exposure and contribute to long-term wealth.

Born and raised in Wiarton, Nate now makes his home in Tara with his wife Carley, and their three young children. The kids’ ever-growing list of extracurriculars keeps Nate and Carley hopping, but Nate enjoys golfing, skiing, and playing hockey when the opportunity presents itself. 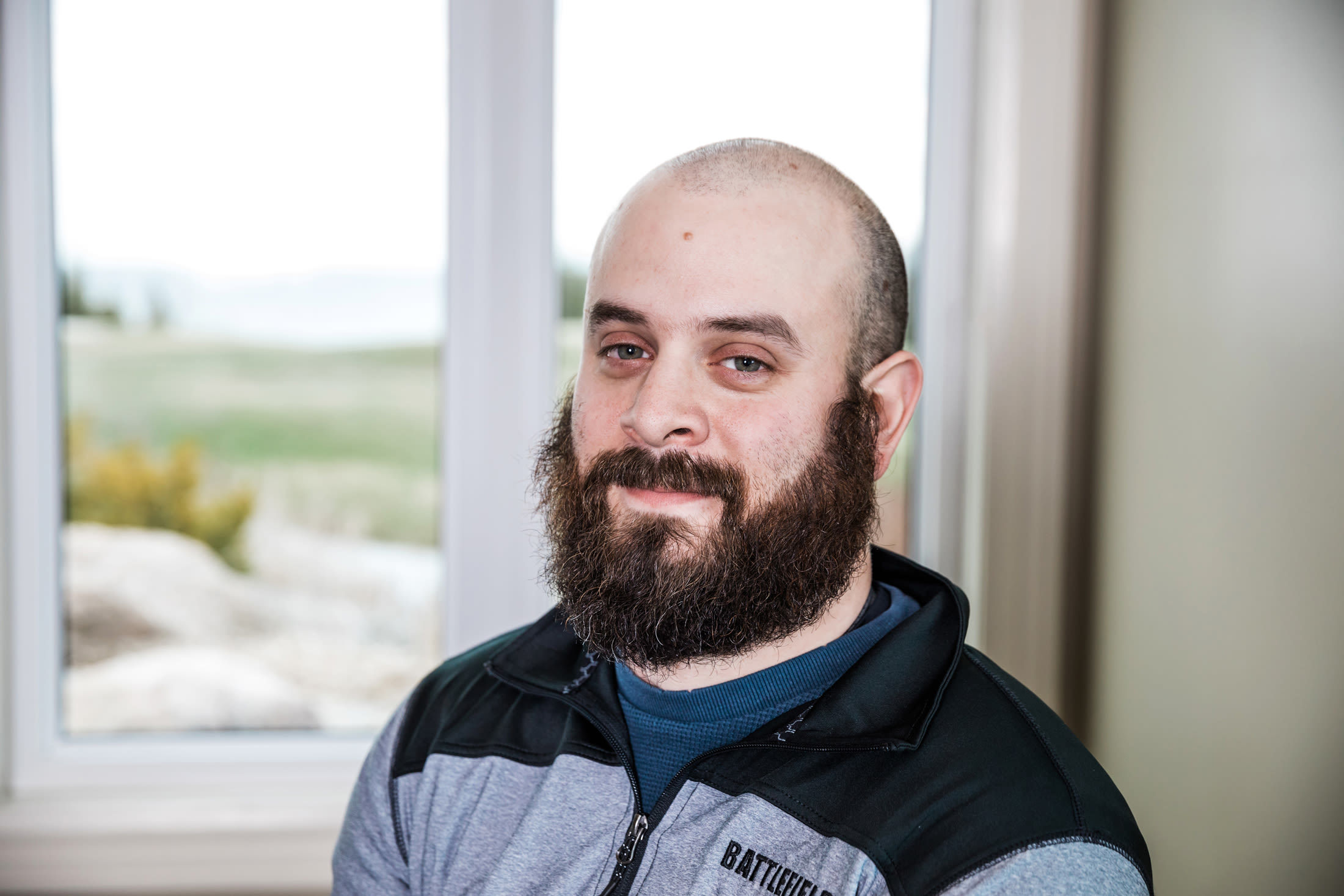 Jason was a fifteen year old defenceman when his neck was broken in a minor hockey game in 2003 sustaining a spinal cord injury. After graduating from OSCVI he left for Fanshawe College in London and started his wheelchair rugby career. He made the Canadian team just a year later in 2007 and went on to compete in his Paralympics at the 2008 Beijing games.

After winning bronze at the Beijing 2008 Paralympic Games and silver at the London 2012 Paralympic Games, Jason decided to retire to focus on his life outside of sports. In 2015, he came out of retirement to compete at the Toronto 2015 Parapan American Games to be able to both play on home soil and in front of family and friends for the first time internationally. The Canadian team won gold defeating the USA in the finals. Later that year at the World Wheelchair Rugby Challenge, they once again defeated the Americans to move into the #1 ranking in the world.
Ultimately at the start of 2016 Jason decided to step away for good to build a life and career outside of the game. After a year off, Battlefield Equipment decided to open a store in Springmount, brought Jason onboard to help develop the area, and was their first hire. Jason spent his first 2.5 years as a rental rep for the Owen Sound area then just over a year ago moved into the Territory Manager position for their CAT equipment lineup covering Grey, Bruce and Dufferin counties selling Caterpillar Compact Equipment. 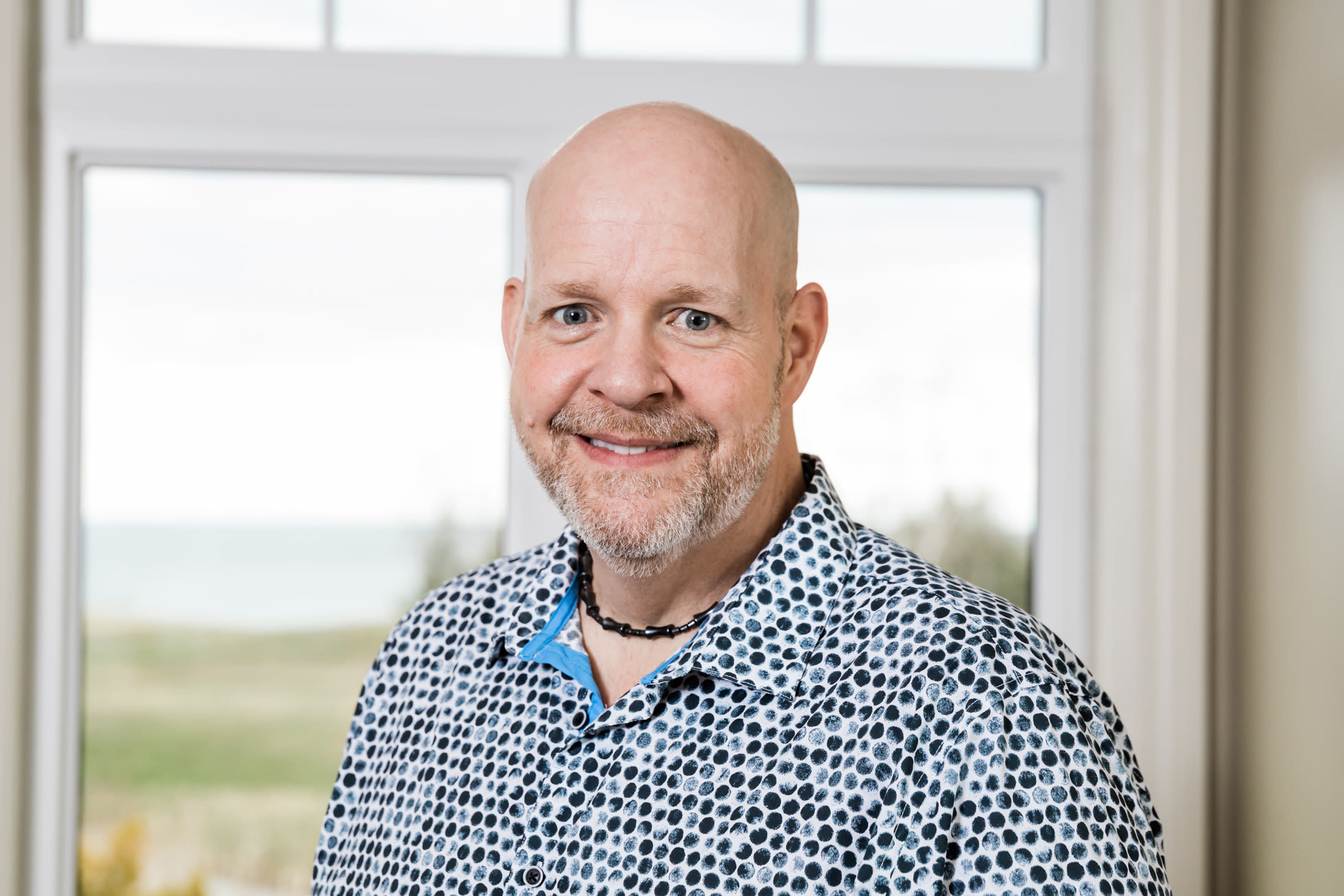 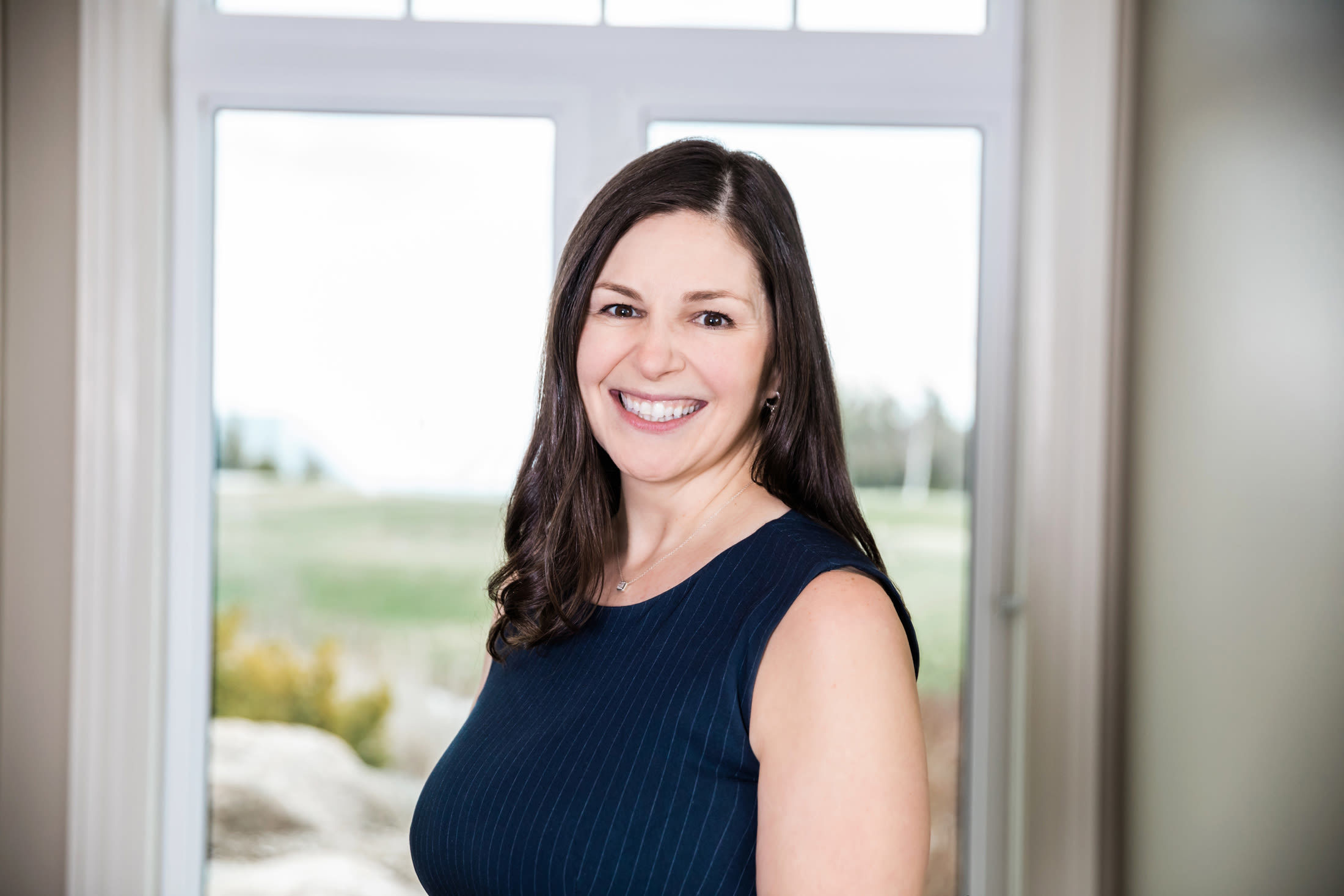 Natalie is a Senior Small Business Advisor at Meridian Credit Union. She covers all of Meridian’s five branches throughout Grey Bruce and everywhere in-between. Natalie has been in the financial services industry for over 15 years and loves to help people and businesses. Born and raised in Collingwood. Natalie moved to Owen Sound in 2017 with her son. She has a passion for being involved in this community and getting to know people. Natalie enjoys anything sports related, especially playing golf and baseball. Her favorite treasure is spending time with her fiancé Jeff and three teenage boys! 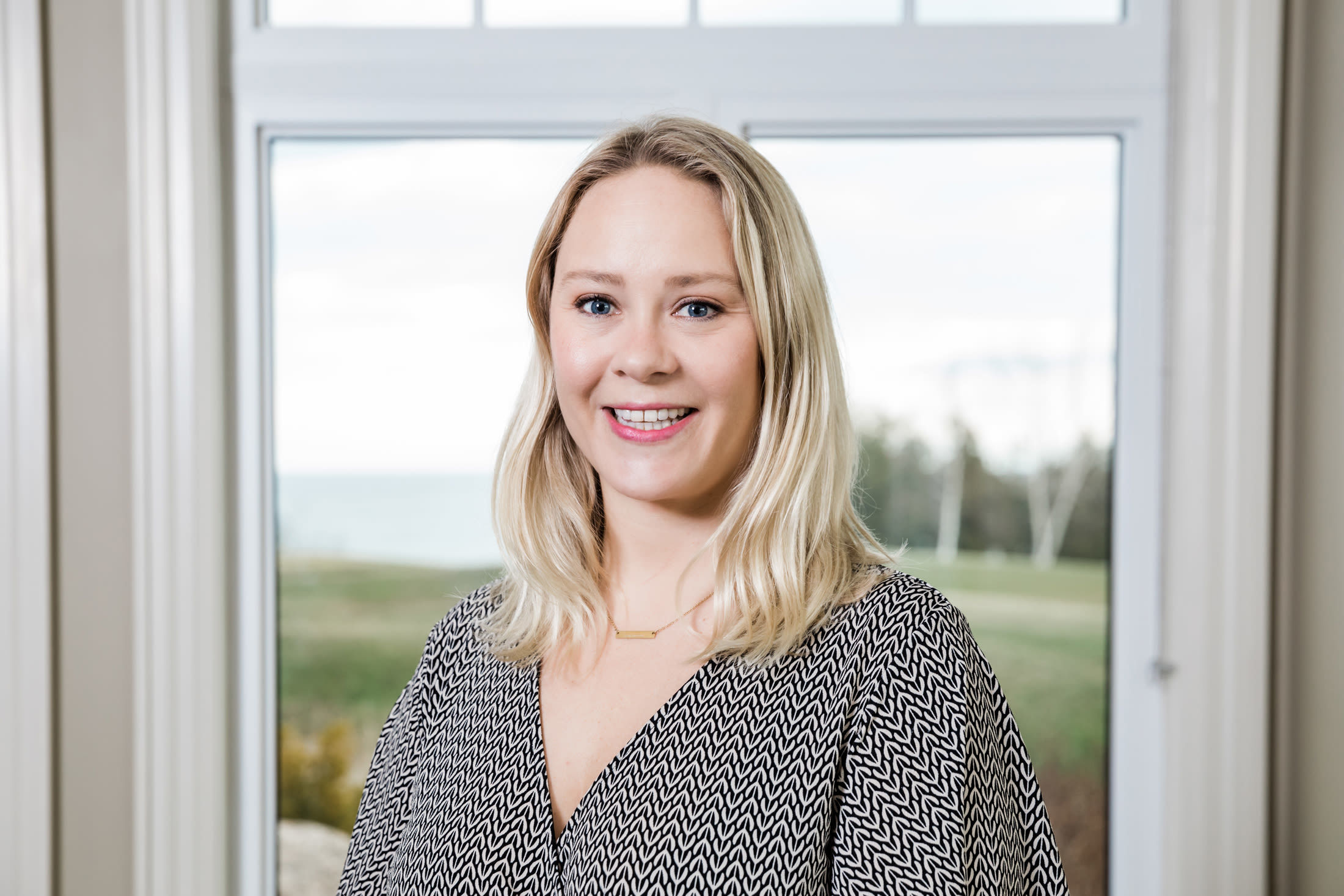 Emily Jolliffe is the Director and Chief Curator of Billy Bishop Museum, a National Historic Site. Since 2018, through her role at the Museum Emily has strived to engage the Owen Sound community and bring its rich history to life. Although she was born in Calgary, AB, Emily has strong ties to the Grey and Bruce area. Both her grandparents, Sanderson and Lustig, grew up in Chesley and her great grandparents were from Pinkerton, affectionately known as the ‘center of the universe’ to her family. Emily has a Bachelor of History from the University of Toronto, an LLB from Aberystwyth University in Wales, and a Masters of Letters in Museum Studies from Aberdeen University in Scotland. Even though she has moved around and lived in many places, Owen Sound feels like coming home, full circle.” 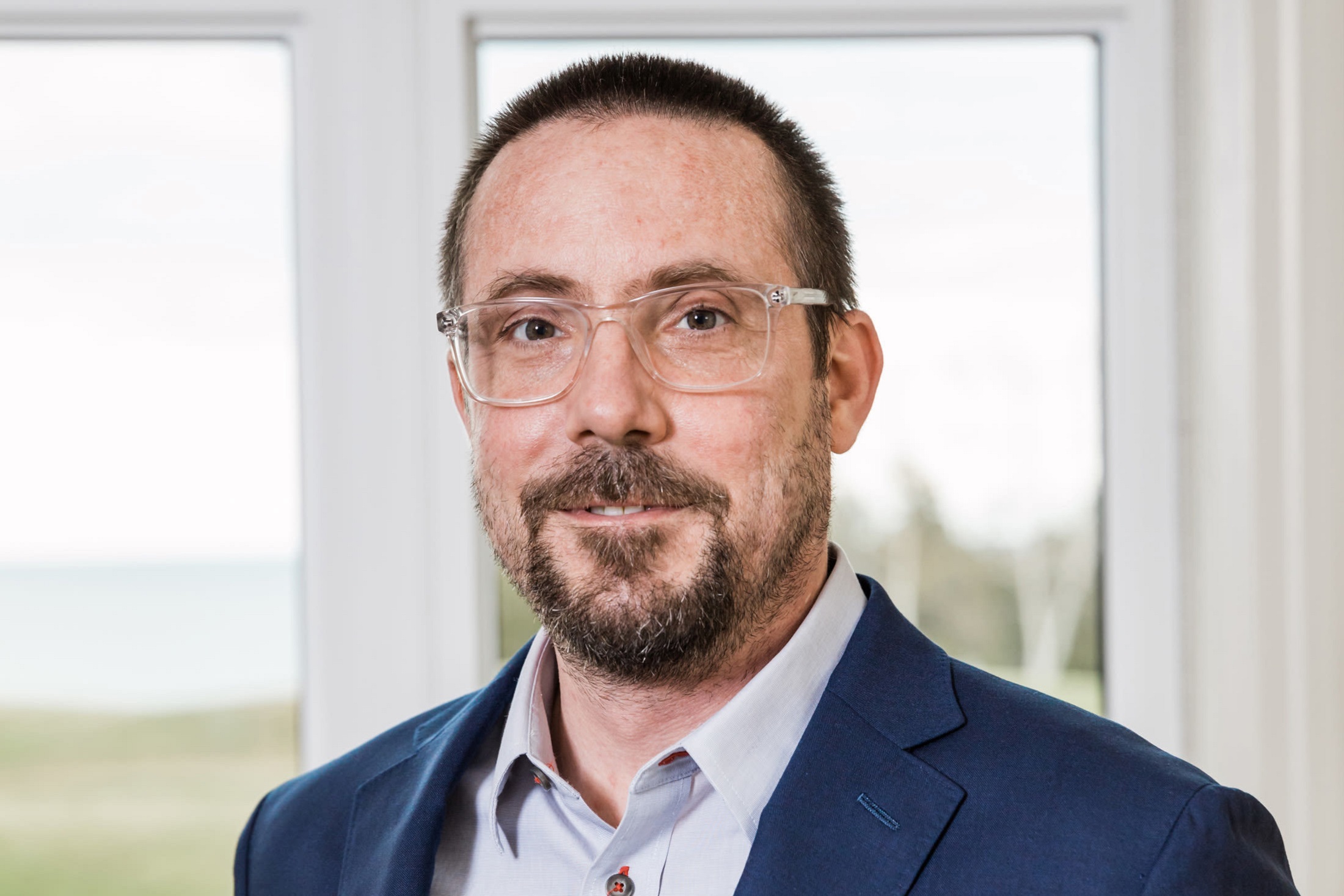 Adam is a Partner in BDO’s Owen Sound office, with over 20 years of professional experience providing domestic tax services to private corporations and their shareholders. Adam has provided tax planning and compliance services to clients in a range of industries, including manufacturing and processing, real estate and construction, and retail and consumer businesses. He has successfully assisted a number of clients in implementing tax planning strategies including corporate reorganizations, estate planning, and other measures to help maximize and preserve wealth. Adam is a member of BDO’s Knowledge Leadership Team. He is involved in the community through The Rotary Club of Owen Sound, has been a presenter at BDO’s tax conference and has worked extensively with CPA Canada’s In-Depth Tax Course as a facilitator. Adam has also been involved with the Canadian Tax Foundation as an author.